The importance of collaborating with families to promote participation in educational decision-making has been identified as one of the key principles of the Individuals with Disabilities Act (IDEA).

IDEA provides for specific rights that enable parents to participate as equal members of the IEP team and to be involved in evaluation, placement, and special education and related service decisions.

Family–professional partnerships have been defined as a relationship in which families (not just parents) and professionals agree to build on each other’s expertise and resources, as appropriate, for the purpose of making and implementing decisions that will directly benefit students and indirectly benefit other family members and professionals. Teachers should respectfully and effectively communicate considering the background, socioeconomic status, language, culture, and priorities of the family, and ensure families are informed about their rights as well as about special education processes. 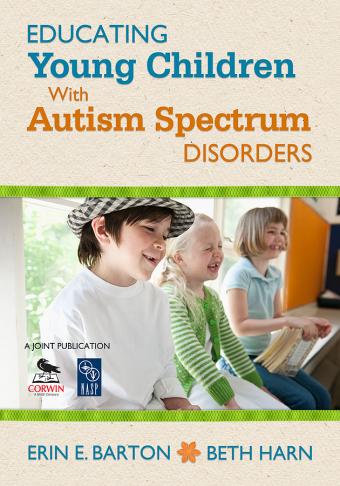 Every 20 minutes, another child is diagnosed with autism. Are you ready to meet this growing educational challenge? This authoritative guide is for practitioners-early interventionists, teachers...
Member Price:
$19.98 (36% off)
Non-Member Price:
$31.46
See details 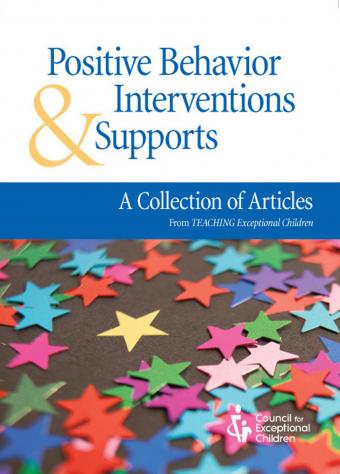 This collection of articles from TEACHING Exceptional Children (TEC) provides current descriptions and examples of practices and systems that form a continuum of positive behavior supports for all...
Member Price:
$15.95
Non-Member Price:
$15.95
See details

DEBH
When David moved to Kansas in 2013 the local chapter of Delta Tau Delta at University of Kansas reached out, needing an advisor. He initially declined, but they lowered the response effort by offering a co-advisor so he accepted, though the co-advisor never materialized. Ultimately a four-year experience full of reinforcement of behaviors (contributions of his time, talent, and treasure), a main focus of his advising was helping the chapter of young men shift from a purely reactive approach to challenging behavior, to a proactive approach that included reinforcing behaviors they wanted to see happen more often in the shelter.
Publish Date:

Parenting Children With Cerebral Palsy: A Longitudinal Examination of the Role of Child and Parent Factors

Because parents of children with cerebral palsy encounter many challenges, the quality of their parenting varies substantially across time. To understand how and why their parenting behaviors change...
Journal Name:
Exceptional Children
Publish date:
01/20/2021 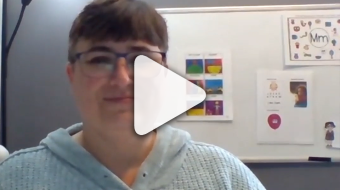 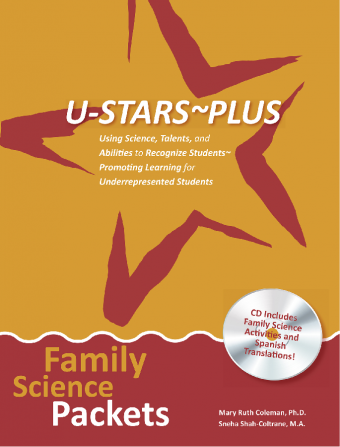 The Family Science Packets are organized around key science concepts that are aligned with the National Science Education Standards and are composed of two major sections: Teacher Notes and Family...
Member Price:
$38.95 (22% off)
Non-Member Price:
$49.95
See details 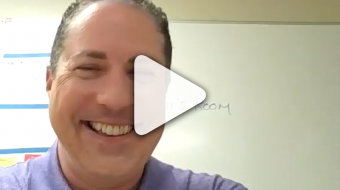 Nick D. Polcini has served as a special educator for about 21 years in the field. He has been a middle school teacher and a high school teacher working with kids with Learning Disabilities and Autism. Nick graduated from West Chester University of PA in 2000 in Special Education and earned his M. Ed. In Special Education with an area of concentration in Secondary Transition at WCU in 2005. Nick currently teaches as a special education teacher at B. Reed Henderson High School in the West Chester Area School District in West Chester, Pennsylvania.
Publish Date: 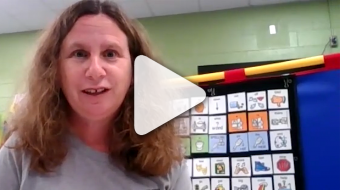 In her 28th in education, Cathy Wojcik has taught in various early childhood special education settings (ECSE), including Self-Contained ECSE, Reverse Inclusion ECSE, Inclusive PreK, and Itinerant/Community Based. She also served on the Evaluation Team for PreK and is currently an ECSE Autism teacher. Cathy holds a BS in Special Education from Penn State University and M.Ed. in Early Childhood Special Education.
Publish Date: 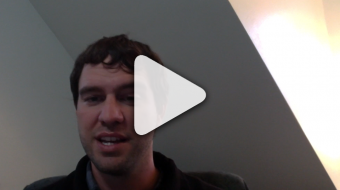 Travis Cooper lives in Kodiak, AK and has been teaching Special Education for 5 years. He has taught secondary students in a variety of settings but finds himself most at home in a Life Skills program. Currently, he is taking classes working towards becoming a Board Certified Behavior Analysts. When he is not focused on school, he enjoys spending time hiking and exploring the local trails.
Publish Date:

Better Together: Using MTSS as a Structure for Building School–Family Partnerships

Research and policy highlight the important role that families play in supporting their children’s education. Despite the important role of families, many schools struggle to collaborate with families...
Journal Name:
TEACHING Exceptional Children
Publish date:
11/01/2020